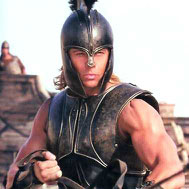 F-SECURE are fear mongering simply to sell their products. FlexiSPY IS NOT a Trojan nor a Virus

We at FlexiSPY read the article by Jarco on F- Secure and have the following response.

"FlexiSPY is not a Trojan, nor a Virus and DOES NOT REQUIRE the purchase of F-Secure Mobile Anti virus products to remove it. An uninstall option is provided for the User, so the application can be removed at any time. Configuration settings are also available to allow frequency of connections, thereby allowing the user to minimize network connections to once daily if required.

Lets look at the facts starting with the definition of Trojan.

A Trojan is software that masquerades as something it is not. It will hide its actual private functional payload under the guise of its public face. A Trojan is installed by deceiving a human that the program will do something totally different to its actual purpose. A Trojan does not normally automatically install itself without conscious human intervention.

A Virus is a software program that spreads itself automatically without any involvement from a human. It is self-replicating, malicious code that attaches itself to an application program or other executable system component and leaves no obvious signs of its presence.

FlexiSPY is activity monitoring software that needs to be consciously installed by a Human, who knows EXACTLY what the software does. It does NOT self replicate, it does NOT pretend to be something it is not, and it ALWAYS requires conscious human action for installation.

Like any other monitoring software there may be a possibility for misuse, but there is nothing inherent in FlexiSPY that makes it illegal or malicious, and FlexiSPY would like to point out that F-Secure comments categorizing FlexiSPY as a Trojan are completely incorrect and they are simply fear mongering to sell a product that really does not have an compelling reason to exist at this time."